“His voice was very low, and often you had to concentrate to hear it. His first name was Cristóbal. His inspiration came from bullrings, the flamenco dancers, the loose blouses the fisherman wear, the cool of cloisters…and he took these models and colours and adapting them to his own tastes, literally dressed those who cared about such things for thirty years.” 1

Diana Vreeland’s words introduce the main aspects of the Balenciaga’s story. He was born in the small fishing village of Guetaria on the Basque coast of Spain. His family background is relevant. His father was a fisherman and sailor, was mayor of his hometown for a while and died when Cristóbal was only eleven years old. His mother worked as a seamstress and taught young girls in Guetaria. This explains her younger son’s passion for sewing. Having completed his obligatory elementary schooling, Balenciaga began an apprenticeship as a tailor in San Sebastián (Donostia). He hadn’t any formal tuition in art or art appreciation, but it was in contact with a sophisticated world of international chic. In fact, by the end of the nineteenth century the beauty of coastline was attracting visitors like many wealthy Spanish families. One of them was the family of Balenciaga’s future patron, the Marquesa de Casa Torres. His appreciation of art was similarly formed, because in all parts of Spain paintings and sculptures are accessible to everyone in the churches and in the streets.

Later he opened his first dressmaking business in San Sebastián (Donostia) in 1917. Then, in 1937, he opened in Paris his much better-known couture house and there he had gained a fine reputation as an independent spirit in the world of fashion design. “Paris used to have a special ambience for fashion because it contained hundreds of dedicated craftsmen making buttons and flowers and feathers and all the trimming of luxe which could be found nowhere else” confessed Balenciaga in a conversation with the fashion journalist Prudence Glynn. Even once Balenciaga had lived in Paris for several years “in his collection there is always an echo of the Spain of brilliant colours, beads and paillettes, pompoms and the little jacket of the matador.”2

In his own practice, Balenciaga involved himself in every aspect of his procession, producing sketches, choosing, matching accessories, cutting and sewing fabric. “It is the fabric that decides lace”. Behind his simple, easy daywear and his lavish cocktail and evening dress lay is philosophy of fashion, experience of materials and techniques. His methods were based on practical experience and demanding personal standards. He took care about the needs of the women whom he dressed and the demands of the times in which he was living. While he strove for simplicity and practicality in day suits, dresses and hats, his evening creations allowed room for frivolity and excess. Balenciaga’s fashion philosophy embraced ideas about colour. According to the fashion journalist Marylene Delbourg-Delphis, his sense of colour was kinetic and conceived “the physical or optical order of vibration”. The subtle combination possibly derived from his Spanish background. The impact of religion and Spanish religious art on Balenciaga’s work is relevant. Not only paintings and sculpture, but also the clerical dress and vestments.

The Balenciaga garments in the exhibition Balenciaga: Shaping Fashion, at the Victoria & Albert Museum in London, ranged from neat little suits for daywear to elaborate cocktail or evening dresses, and sere made in a wide range of textiles, they were either unadorned or embellished with lavish embroidery. Moreover, at the second floor, the exhibition conceives the impact of Balenciaga’s work in the nowadays fashion design. 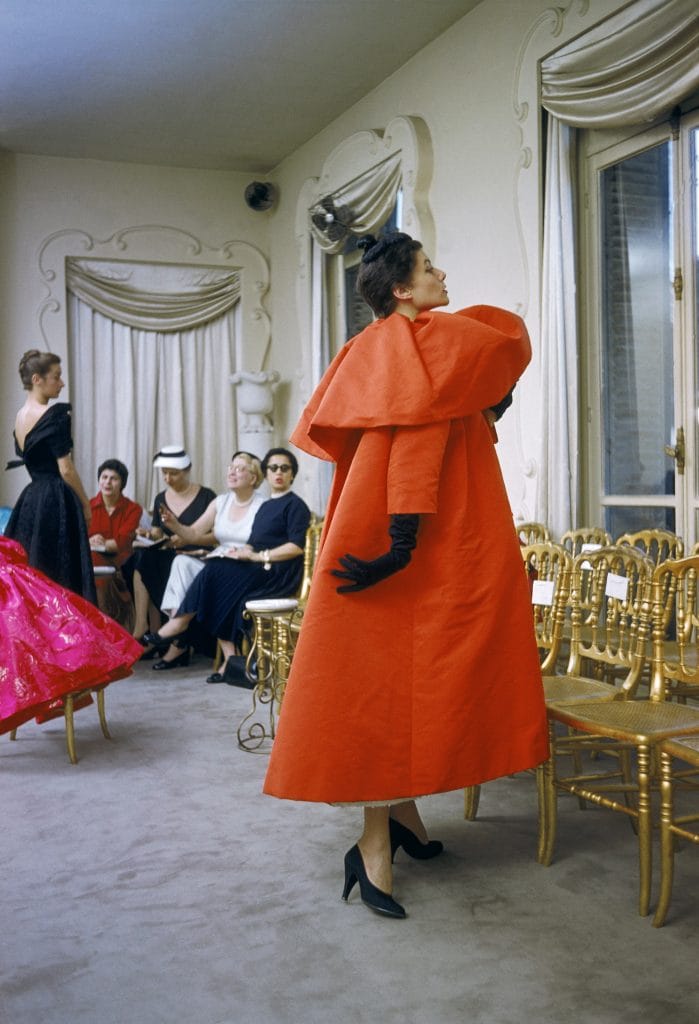 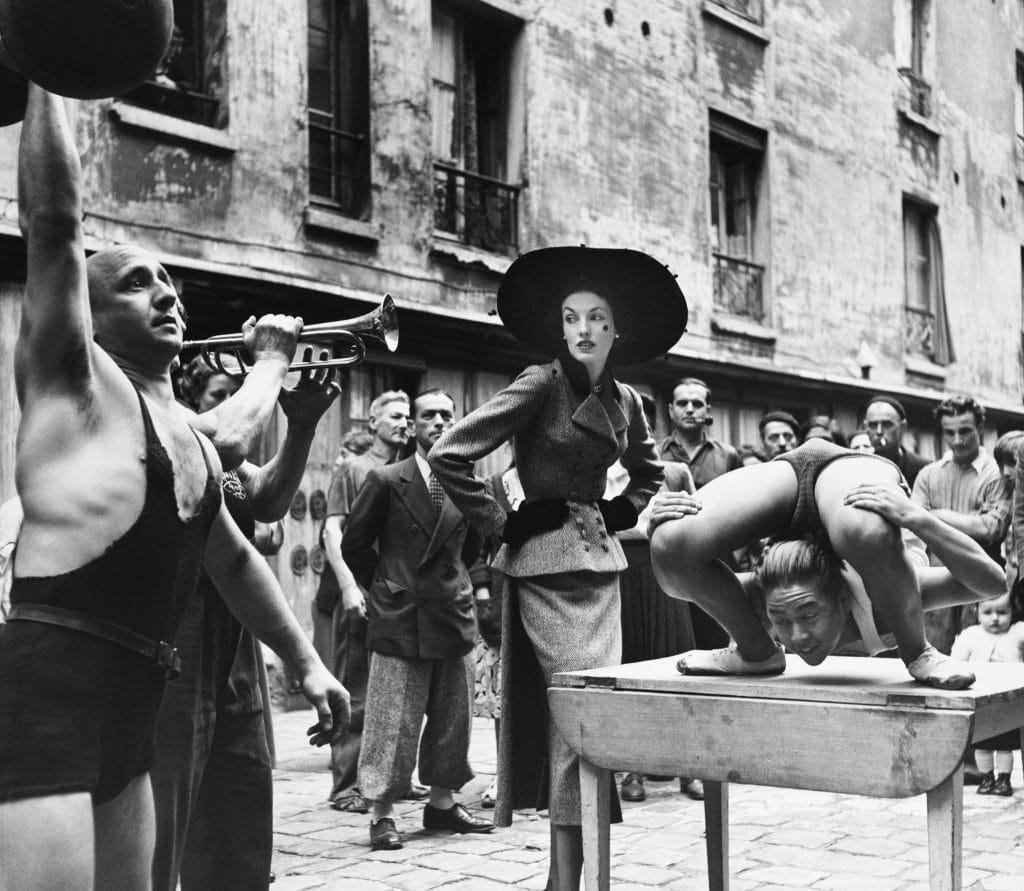 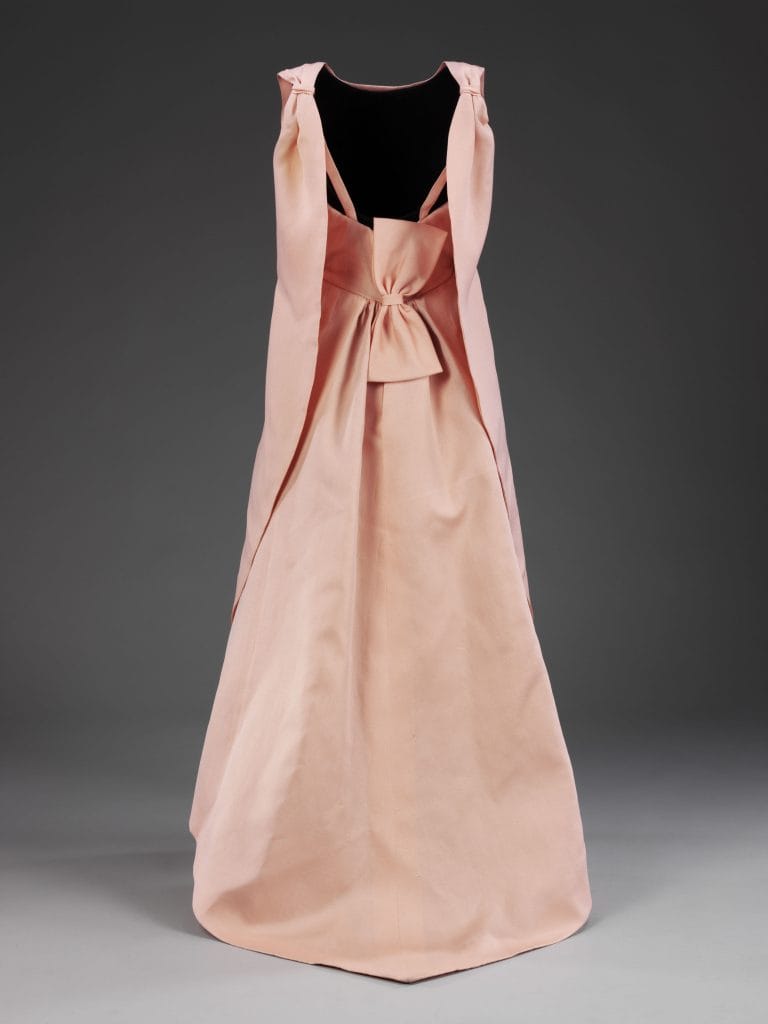