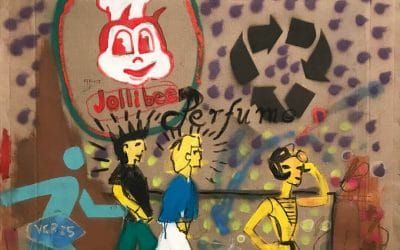 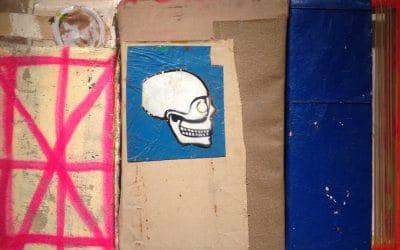 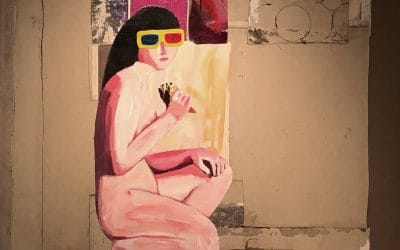 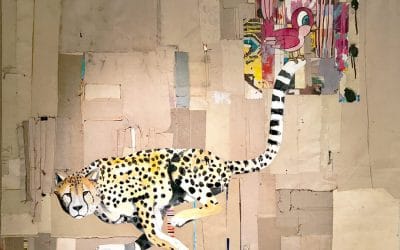 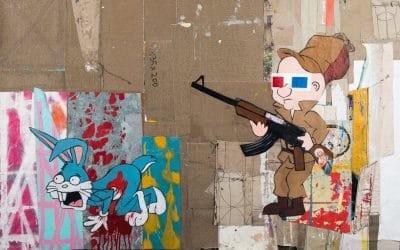 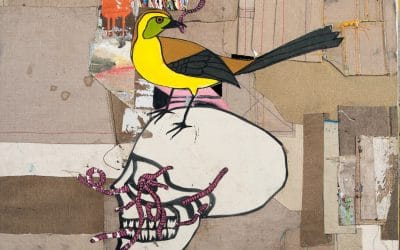 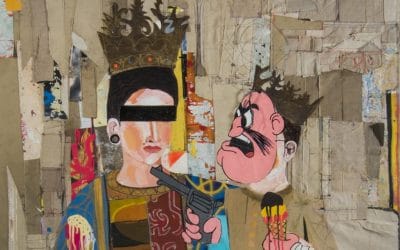 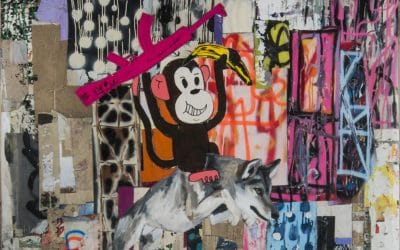 Hip Hop warmth accompanied the youth of GPB: during the day he is a student at the Art Istitute, during the night a street art rebel.

The spray technique becomes the base of 20 years of research in an itinerary that embraces and combines the representative to the abstract.
The collage is part of a visceral process: each work of art is the result of the fragmentation of several paintings that are sacrificed as a ritual of personal endless research directed at the coexistence of numerous emotions.

The artworks of GPB born from a chaos dominated by the oppositions: reality and imagination, better and worse, full and empty. In an everlasting fight between figurative and abstract, neutral and saturated, whole figures are revealed alternated to personalities injured by impetuous scissors.
Sights that emerge behind feline masks or cinematographic glasses. Animals sway between domestic and wild. And so on, ephemeral ice creams in the cryptic hands of feminine figures. Quotes, tributes, life, death, sacredness. An interior agony that finds balance only on canvas.

The essence of the work of GPB is a mutant present in an eternal evolution, as evidenced by the quotation from Lavoiser “Nothing is lost, nothing is created, everything is transformed”.