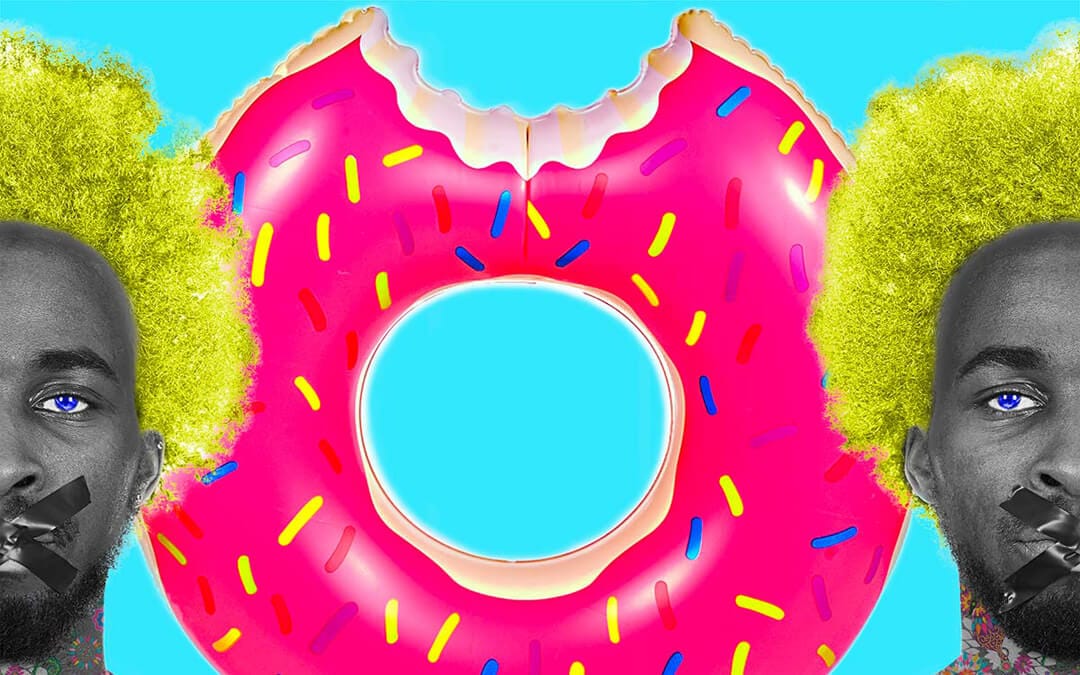 His artistic production follows an insatiable research based on the recast of what happens around him in his everyday life, that’s why his way to communicate through art can be harsh but current and the visual impact of his artworks can be shocking. During the last years his production has focused on relevant contemporary social issues. 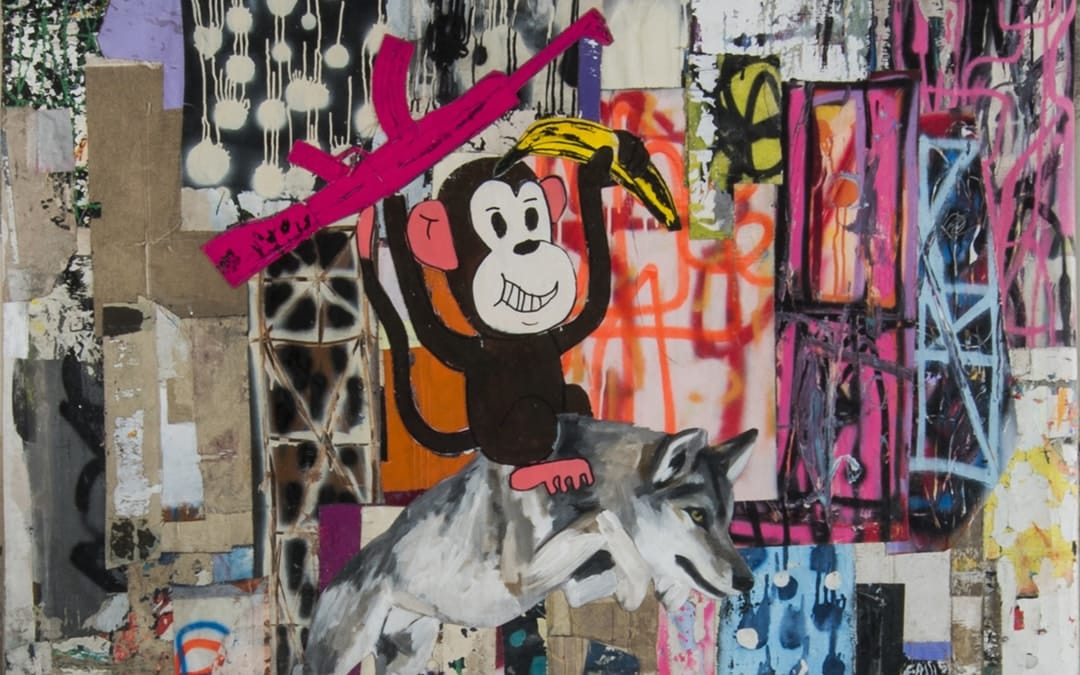 The artworks of GPB born from a chaos dominated by the oppositions: reality and imagination, better and worse, full and empty. In an everlasting fight between figurative and abstract, neutral and saturated, whole figures are going to be revealed alternated to personalities injured by impetuous scissors. An interior agony that finds balance only on canvas.

Aleandro Roncarà’s characters – that animate Mondorondo (the lovely planet without vocabulary!) – live, breathe, and are immersed, are themselves pure color, direct, iconic, simple in the way of fun. He strongly believes in unusual color combinations and in black and male trait that separates them. Some years ago he also met the world of sculpture with considerable results. 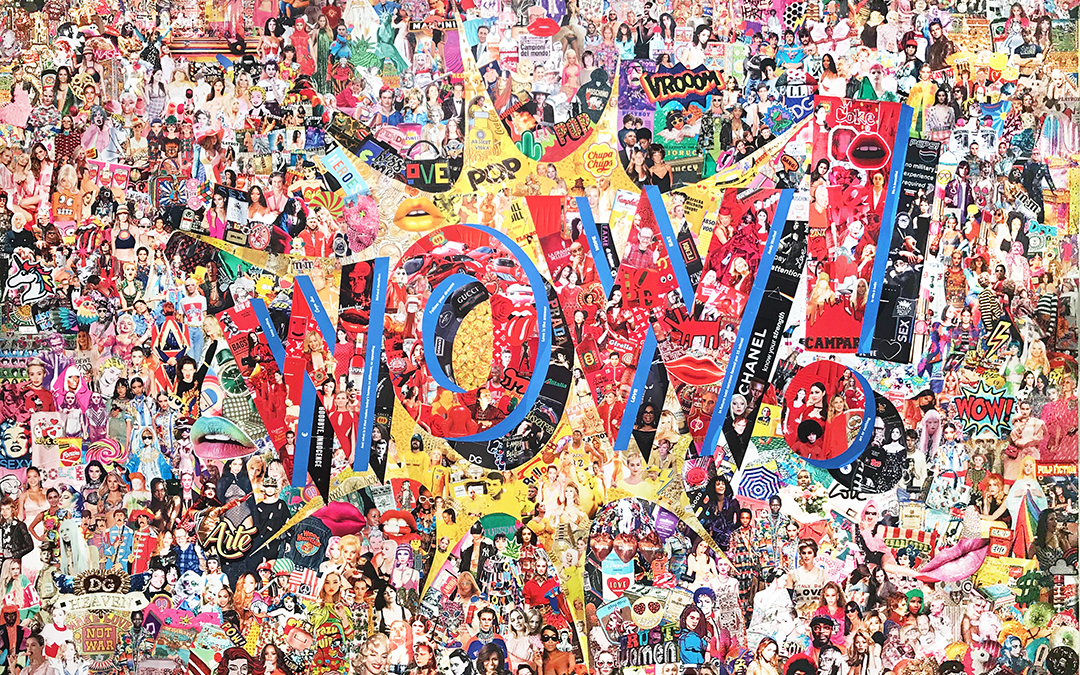 Vincenzo Musacchio is a collage artist whose works tell the contexts in which he lives through images. The works are full of icons and brands from different fields. Immerse yourself in the world of this artist and you will come to terms with the ephemeral, the aesthetic, the superficiality and the contemporary density. 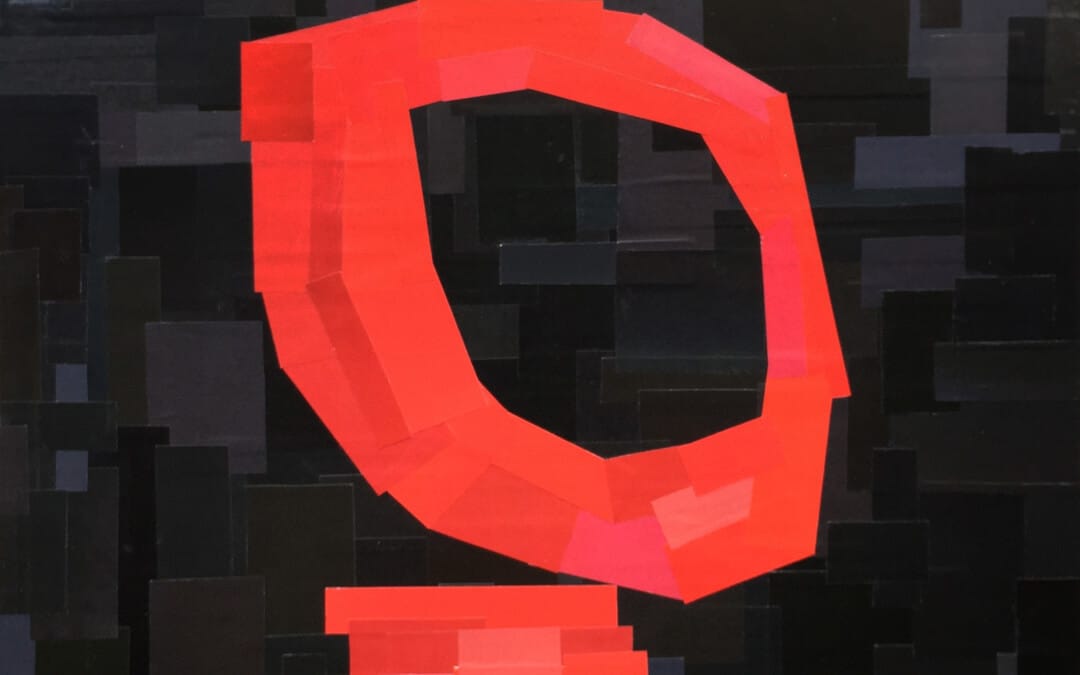 The collages are unique creations, always different and with a strong visual impact. The choice of the subject takes shape only during the execution phase, while the paper, with different textures and porosity, strictly derives from newspapers, magazines and fashion catalogs. With the cropping and the assembly of the image, everything passes between the hands of the artist who can thus also insert his sensations into the work.